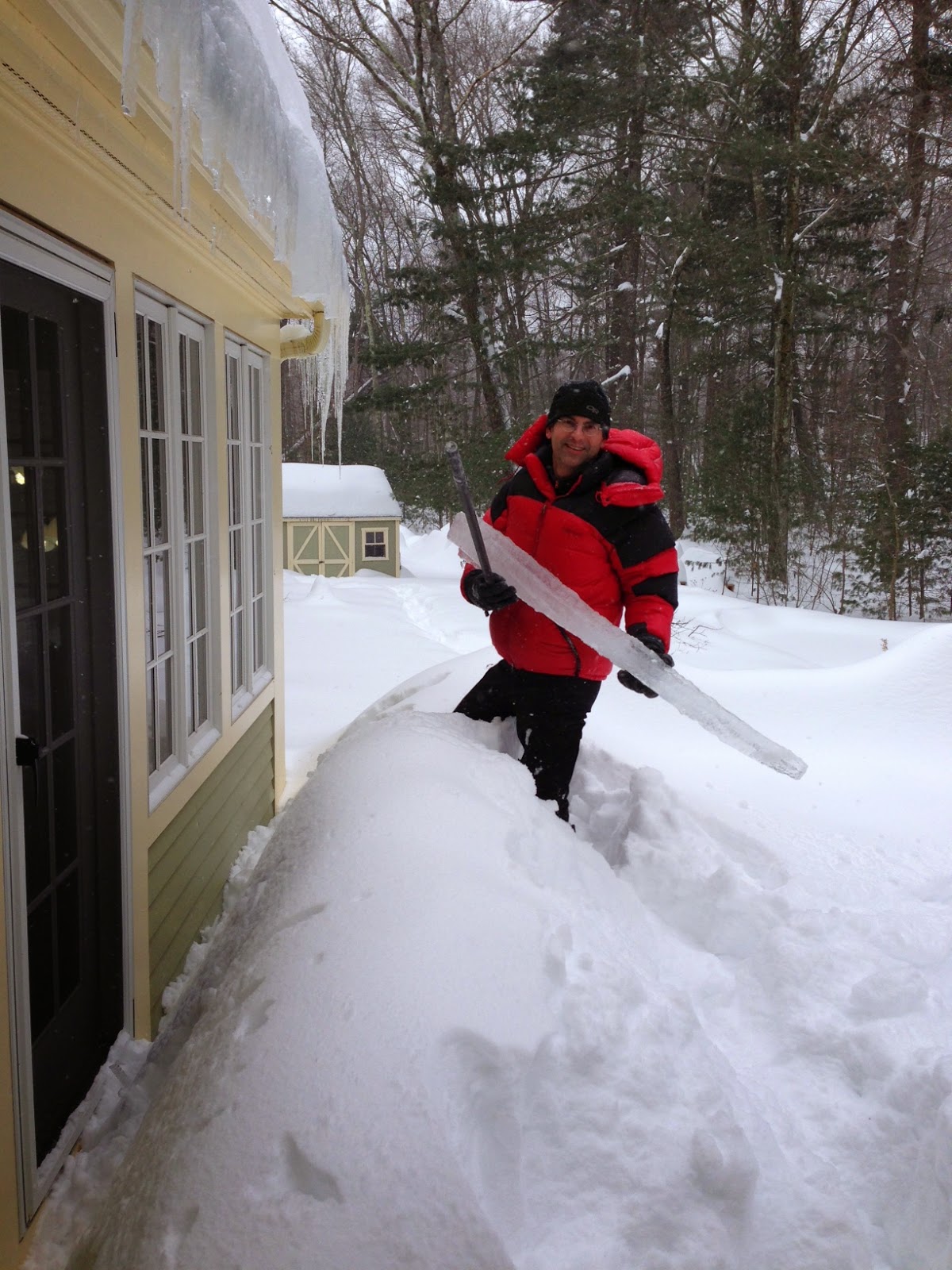 Every time I step outside at Unity Farm, I want to sing “Let It Go, Let It Go…” since the world around is clearly Frozen. The icicles weigh more than 25 pounds.

We’ve had over 72 inches of snow in the past 3 weeks. The top of the snow gauge is UNDER 3 feet of snow. The weather has been in the single digits, so no melting has happened. I’m 6 foot 2 and the snow drifts are now taller than me.

As an alpinist, I’ve climbed every peak in New England during winter. I’ve taken an engineering approach to clothing, reducing heat loss caused by conduction, radiation, and convection. 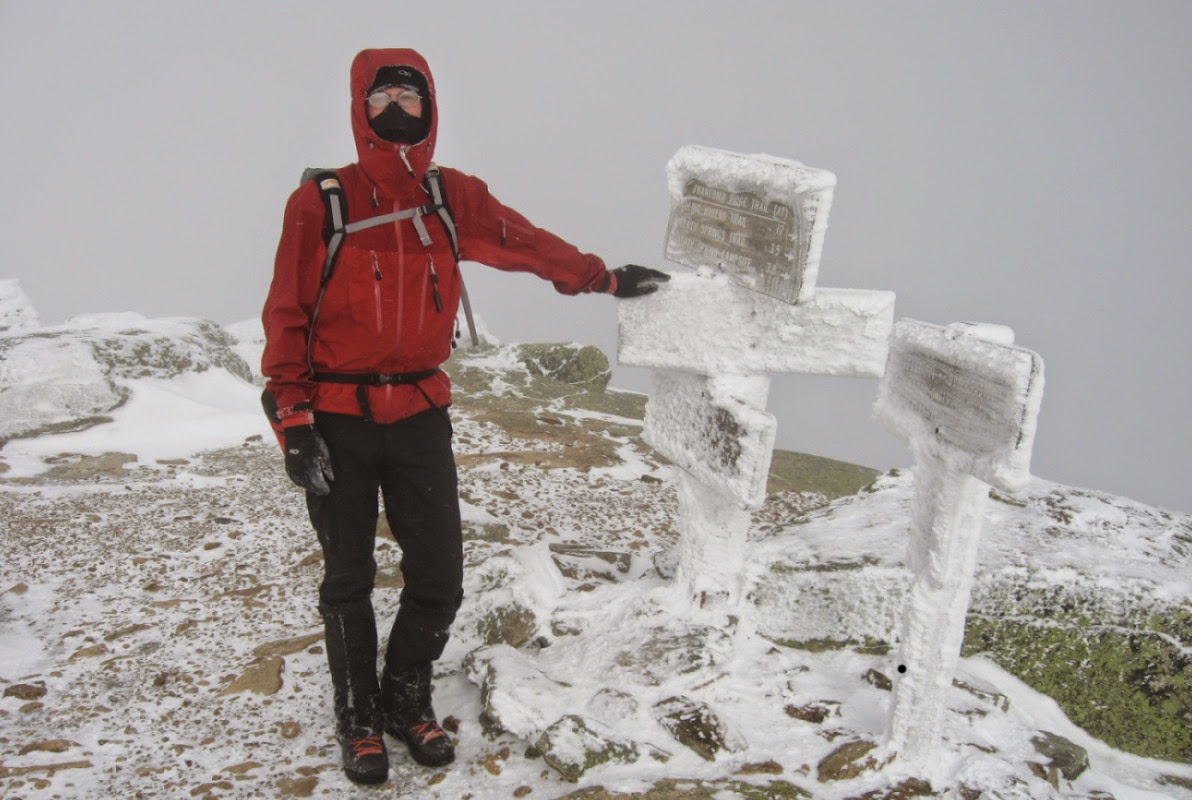 Walking a mile on the farm at the moment is harder than climbing Mt. Washington in winter (the worst weather in the world).

The Terex front loader has been an essential tool since it enables me to create 8 foot high canyons of snow for the animals and to open up paths to buildings/supplies. I’ve been using 10 gallons of diesel per week just to clear snow/ice. We’re expecting another foot of snow today and there is no place left to put it, so I’m converting one of the pastures to a snow parking lot.

Llamas and alpacas live in the Andes, a dry/cold area. They are comfortable with temps below zero, but really do not like navigating deep snow. The Terex and the snow blower together have been enable to create paths and create areas for eating/sleeping outside the barn. They spend storm days inside the barn, but have cabin fever, and want to run, which is difficult in 6 foot deep frozen quicksand.

Our chickens are bred for cold climates and do not mind chilly temperatures, but they find the wetness of winter unpleasant. The ducks seem like stay outdoors in all conditions except blizzard conditions which they ride out in their duck house. The guinea fowl, our flying dinosaurs, seem capable of handling any “fowl” weather.

The Great Pyrenees dig, role, and relish the snow. They are in 6 feet of heaven.

I use my avalanche shovel to keep the bee hives clear of snow. I’ve felt like a Sisyphus shoveling snow away from the hives every night, then waking to find them covered again.

As the next storm approaches, the sand barrels are filled will 100 pounds of dry, general purpose sand. Five hundred pounds of calcium chloride/magnesium chloride are stacked …read more