The House panels’ proposal to replace Medicare’s sustainable growth rate formula is seen as a way to change how Medicare delivers care. Meanwhile, some House GOP lawmakers who have complained about the health law’s costs said Wednesday that it should have allocated more money to a program to cover people with pre-existing health conditions.

California on Wednesday became the fifth state — and by far the largest — to win approval of a CMS demonstration project that will put beneficiaries dually eligible for Medicare and Medicaid into managed-care plans. 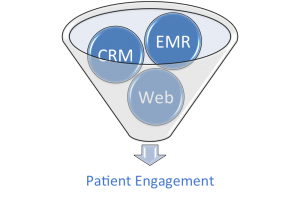 Our Healthcare Informatics reader poll finds that two-thirds of respondents support the delay in the release of the Stage 3 meaningful use preliminary rule. Meanwhile, healthcare IT leaders have complex, nuanced views of that development and around Stage 3 more generally. When on Wednesday, March 20, during the HIMSS13 Conference being held in New Orleans, Marilyn Tavenner, R.N., acting administrator of the federal Centers for Medicare & Medicaid Services (CMS), announced that the federal government would not release a preliminary rule for Stage 3 of meaningful use during calendar year 2013 , her announcement—re-confirmed by Farzad Mostashari, M.D., national coordinator for health IT, i read more

Senators set to push for details on CMS Innovation Center

Senators will get their first chance Wednesday to press for operational details from the head of a fledgling CMS office with the power to drive wide-scale changes in Medicare and Medicaid.